Ghanaian rapper, Medikal has been inspired by President Nana Akuffo-Addo during his national address.

The President of Ghana listed “talking down on the currency” as one of the factors contributing to the sharp decline of the Cedi in a recent state of the nation address that covered the state of the economy.

During his speech, he said something along the lines of “Sika Mp3 Dede,” to wit “Money Does Not Like Noise.” With many locals condemning the president for his carefree attitude, the quote has become the talk of the town.

Without wasting time, Medikal has composed a mad tune(Sika Mp3 Dede) which is making waves in town now. 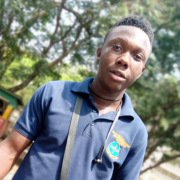